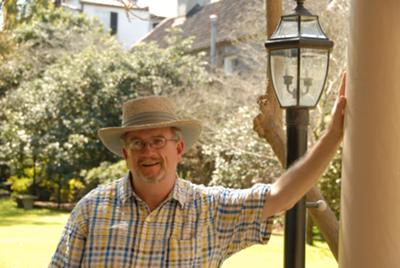 At 10 AM take the Old Walled City Tour. Linger through the oldest neighborhoods in Charleston past virtually intact blocks of pre- and post-colonial homes, storefronts, churches and public buildings while your guide relates the rich tales and legends from Charleston’s proud and turbulent past. Learn about the personalities and circumstances that turned a small pioneer settlement in 1670 into the greatest city in the South by the time of the American Revolution, and the seat of Southern Culture through the Antebellum period.

At 1 PM we offer the Home and Garden Tour. Learn the history of the city within the context of the built environment. Your guide will explain the evolution of Charleston architecture in relation to its wealth, climate and the many early nationalities which influenced a style that is uniquely Charleston. This tour includes admission into three historic museums, the Old Powder Magazine (1713) the Heyward-Washington House (1772)and the Edmondston Alston House (1825).

At 4 PM Saturday and Sunday we offer the Slavery and Freedom Walk. We discuss the rise of Rice and Cotton as cash crops and their function in the expansion of slavery. Learn the roles of enslaved skilled workers, domestics and field hands in the context of antebellum culture, their lifestyles, survival strategies, and handicrafts.

Join in and write your own page! It's easy to do. How? Simply click here to return to Submit Your Charleston Tour.